property, a rental house, on owner contract. By his mid 20's, Scribner had invested in several dozen residential and commercial properties, including a self service carwash.

Keith Scribner is a native to the Eastern Washington Region. He has family roots in this area and completed his undergraduate degree at Eastern Washington University school of business. Additionally, he served as a contract agent for over a decade for Washington Mutual Bank obtaining mortgage contracts for the thrift bank conglomerate.

Along side his investments in real estate, Mr Scribner gives his time and resources to several worthy causes in the eastern Washington region, sponsoring over a dozen nonprofit organizations, many that help children such as the Wishing Star Foundation, Ronald McDonald House, Morning Star Boys Ranch, and beyond. He maintains an active community profile and also supports nonprofits such as the Spokane Symphony's Fox Theatre and Friends of the Davenport, which helped keep a historic district of downtown Spokane alive.

As the founder of Scribner Investment Companies, based in Spokane, Washington, Keith Scribner has invested in real estate for over three decades in a vast array of commercial properties, investing in office buildings, retail centers, restaurants, and more through out the eastern Washington region.

Mr. Scribner discovered his interest in real estate by the age of 12. Before his teens, he was attending courses and seminars on purchasing and developing real estate. Additionally, Scribner spent some time of his earlier adolescence running his own business, which taught him about the important concepts such as underselling and over delivering a service. When he turned 19, he bought his first investment 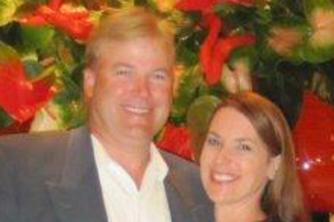